The Italian premier said out loud what many politicians in Europe and elsewhere think, according to Ansaldo.

Draghi said Erdoğan was among “these dictators, which we however need to cooperate with”, in response to a question on the treatment of European Commission President Ursula von der Leyen earlier in the week during a meeting with the Turkish president.

Von der Leyen was seated at a sofa, as was Turkey’s foreign minister, while European Council President Charles Michel sat with Erdoğan in a separate group of chairs as the leaders spoke to the press after a meeting in the Turkish capital, positioning the male leaders above her in terms of protocol.

Ansaldo, staff correspondent at La Repubblica, told Ahval editor-in-chief Yavuz Baydar in a podcast that Draghi calling Erdoğan a dictator was as shocking to Italy as it was for Turkey.

The Italian Foreign Ministry didn’t know such comments would be made beforehand, Ansaldo said, and now they will likely issue a retraction for Draghi in response to Turkish fury.

Turkey’s Presidential Communications Director Fahrettin Altun condemned Draghi’s remarks, and said they had been over the Italian premier’s head. Altun also urged Draghi, pointing out that he was not elected to his current seat, to “look into Italian history” to find dictators.

The situation isn’t all bad for Draghi, who was brought in as prime minister in February to bring Italy out of the crisis exacerbated by the coronavirus pandemic, Ansaldo said. Far from it, the appointed leader of Italy had garnered much praise since the press conference, for expressing what people were thinking, according to the journalist.

The incident will likely not turn into a full-scale crisis between the two countries, Ansaldo said. 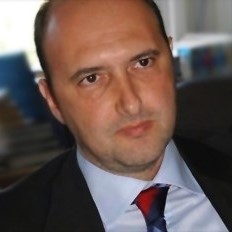